Welcome to J is for Japan for the Global Children’s Book Club! Today we’ll be going on a virtual tour of Japan with kids. Get ready for a fun and inspiring Japan virtual field trip – perfect for global education at home or for a Japan homeschooling unit. Japan virtual tour contains affiliate links, but all opinions are 100% my own. That means I earn a small commission if you purchase through my link, but doesn’t change your price.

J is for Japan: Japan Virtual Tour for Kids

Other Japan Books for Kids Color in Japan on this map of Asia! Mount Fuji is the most famous of Japan’s three holy mountains and has inspired artists and poets for centuries.  The mountain is very symmetrical and is covered in snow about 5-months out of the year.

On clear days, people in Tokyo can see Mt. Fuji since it is only about 100km/62 mi. southwest of the capital city. Mt. Fuji is actually an active volcano that last erupted in 1708. Ancient samurai used the base of the mountain as a training area. You can climb Mt. Fuji in a day if you are in good shape – the first person ever to do it was probably a monk almost 1400 years ago! 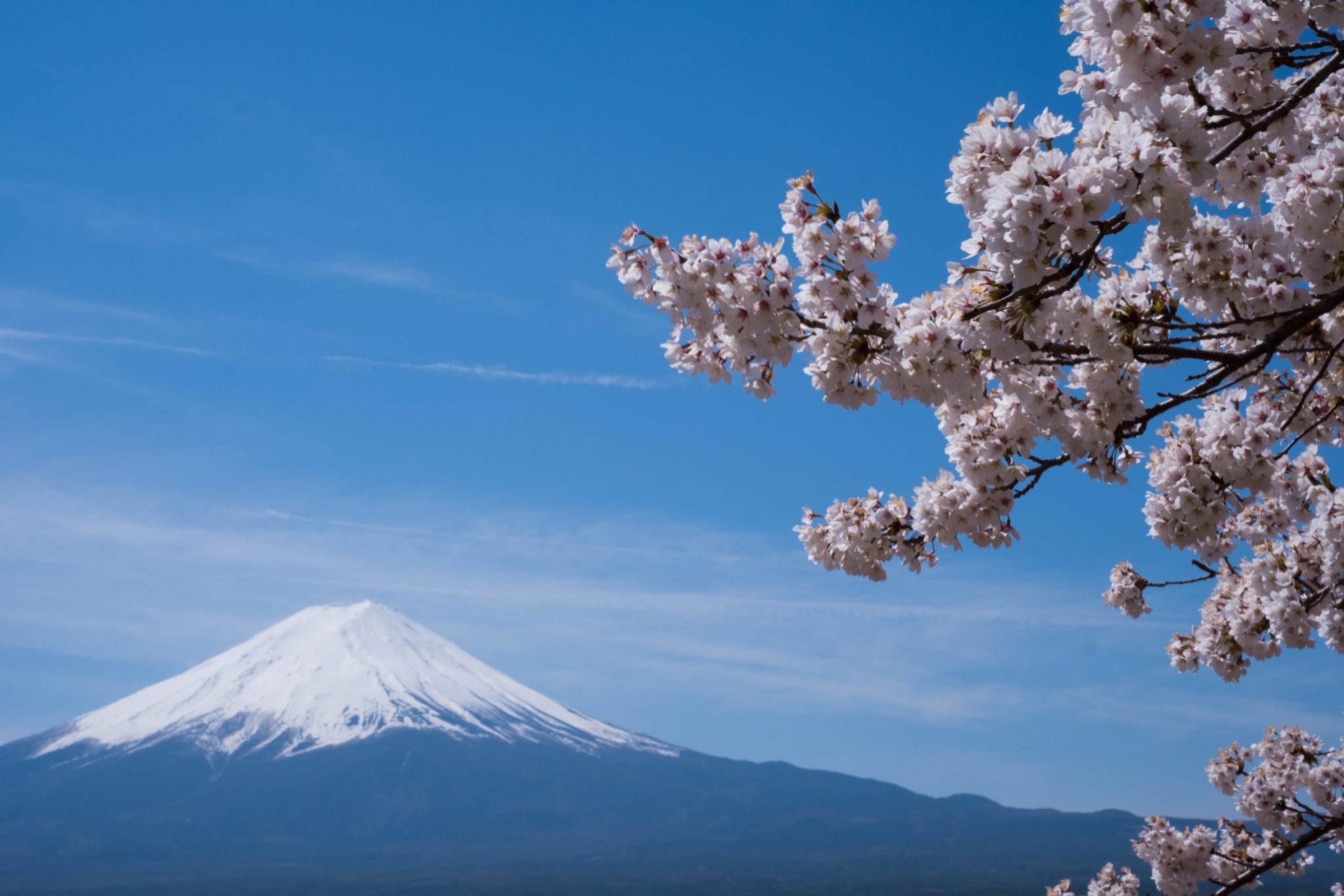 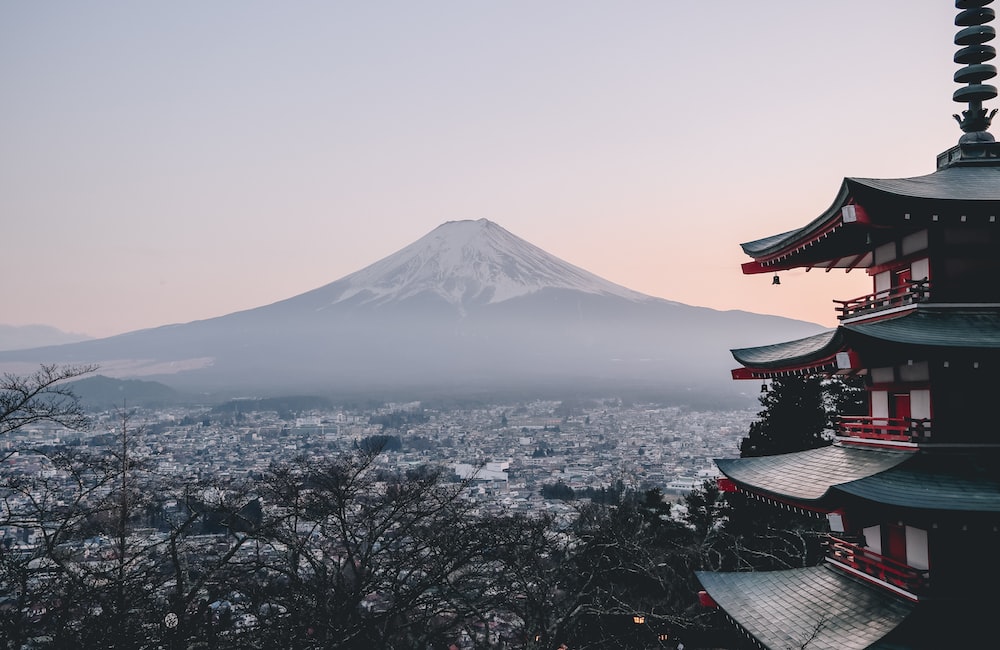 An original shrine in Itsukushima may have been built over 1,400 years ago. The Itsukushima Shrine you see today was first built almost 900 years ago as a holy place in the Shinto religion. The shrine is built to be in harmony with nature on both water and land, including the beautiful, orange “floating” Torii Gate which is partially underwater during high tide. The shrine has always been dedicated to sanjoshin or “three female deities” who are the goddesses of seas and storms. Izumo no Okuni (出雲阿国) invented kabuki (“the art of singing and dancing”) theater in the dry riverbed of the Kamo River in Kyoto. She was born in 1572 and invented kabuki while she was young.

The style was very different from prior forms of theater. The style of its language, the subject of the dramas, and the elaborate stage makeup (kumadori) were all new and exciting. Kabuki became very popular and the tradition of kabuki continues to today. Even after kabuki was very popular, Isumo continued to recruit poor women to act in her all-female group.

Miyamoto Musashi (1585-1645) was a samurai swordsman. He fought in 61 swordfighting duels and never lost – a record! Miyamoto had almost twice as many victories as anyone else.

He also spent a lot of time thinking and writing about important concepts. He wrote a book called “The Path of Aloneness” which teaches 21 principles which can still be seen in Japanese culture today. They include things like, “Do not hold onto possessions you no longer need” and “You may abandon your body but you must preserve your honor.” Some common Japanese ingredients include miso, teriyaki, wasabi or dashi. Japanese cooks often add a protein of their choice, and possibly some udon or soba noodles. They use many of these same ingredients to make things like stir-fry, a soup, or salad.

Japan eats more fish than any other country – more than 34 billion pounds/15.4 billion kilos a year.  Much of that fish is served raw and rolled in special rice to create sushi.

It’s polite to slurp your noodles!  It shows the chef that you like them.

The Japanese have many beautifully designed ponds filled with Koi, a Japanese Carp. They are supposed to be places of peace and tranquility. The Japanese people tend to work very hard so this is a nice way for them to feel peace. You can learn more about Koi fish here. Japan has a number of land and marine animals. Japanese macaques are famous for bathing in the pools of hot springs during the cold winter in the Japanese mountains. The Japanese pond turtle is almost on the threatened species list because of a loss of habitat.  The Japanese giant salamander can grow to be five feet long and scares away predators by giving off a stinky, milky substance.  Dugongs have tails like dolphins but are strict herbivores, and the Amami rabbit is a close relative of the ancient Asian rabbit with shorter legs and thicker fur. You can read more about animals in Japan here.

Sumo wrestling is full-contact wrestling where players try to push their opponent out of the ring, or push them over. It is the national sport of Japan, and is practiced professionally there.

Sumo has many ancient Shinto traditions and rituals. In appreciating it, please be careful to not just play wrestle and ignore the fact that there is deep spiritual significance in its practice. (This article on appreciation vs. appropriation may be helpful.)

Bon Odori: Only 3-patterns of dance movement in 10-minutes.

Plan a Trip to Japan with Kids!

After having all this fun, consider planning a virtual or real trip. What sites or cities would you visit? What food would you eat? Here’s a list of 32 things to do in Japan with kids.

Thanks for Taking a Virtual Visit to Japan With Us!

We’ve loved putting together this resource to virtually visit Japan. We’d love to hear if you do any of these activities for a homeschooling Japan unit, or if you visit in person!

We hope to inspire curiosity and connection through exploring and learning, and we hope this guide helps you and your families. Please share any activities you do with us over on our Instagram. And we’d be delighted if you passed this Japan for kids virtual tour and homeschooling resource along to others, as well!

NOT READY FOR A JAPAN HOMESCHOOLING UNIT QUITE YET? PIN THIS POST FOR LATER!