Welcome to Q is for Qatar for the Global Children’s Book Club! Today we’ll be going on a virtual tour of Qatar for kids. Get ready for a fun and inspiring Qatar virtual field trip – perfect for global education at home or for a Qatar homeschooling unit. This Qatar virtual tour contains affiliate links, but all opinions are 100% my own. That means I earn a small commission if you purchase through my link, but doesn’t change your price.

Q is for Qatar: Qatar Virtual Tour for Kids 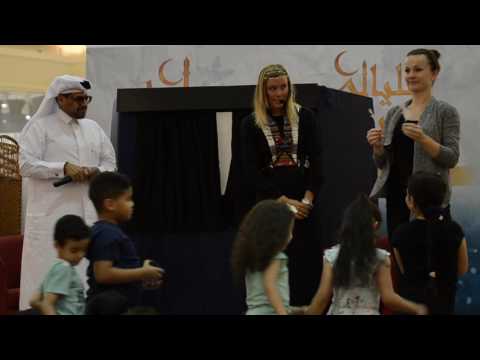 Other Qatar Books for Kids 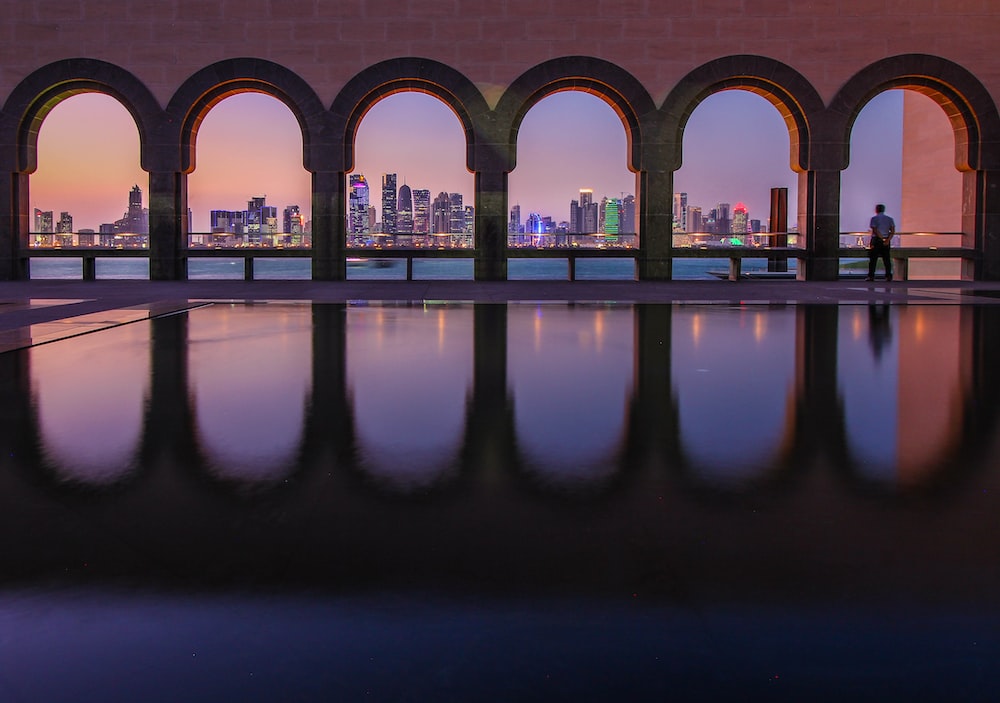 Color in Qatar on this map of the Arabian Peninsula. 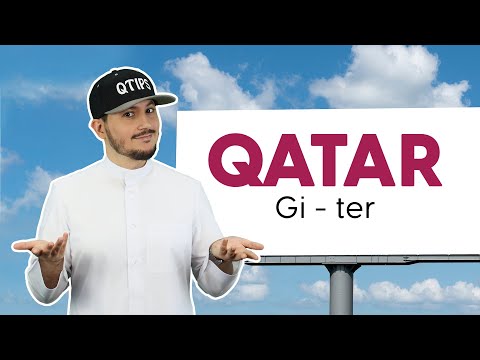 Doha has many modern buildings of all shapes and sizes. But this 100-year old market is widely considered the last remaining authentically Qatari style building. You can buy traditional clothes like the thobe (a long white shirt) or the gutras (a loose headdress) and the agal (the rope that holds the gutra down) for men. For women, you can find the Abayha (long black dress), a Shayla (black headdress), or a bourga (face covering). There are also traditional crafts, like Sadu knit from sheep, camel and goat wool, and spices like coriander, cardamom, cinnamon and turmeric.

Almost the only place where trees grow naturally in Qatar, the Al Thakira Nature Reserve is a national treasure.  As of 1908, about 180 people lived in this place, all of whom worked as pearl divers on one of just 15 boats.

The natural mangrove trees grow in water that is only about 15 feet deep.  Sea-turtles lay eggs on the beach every year in early Summer, and lots of varieties of birds call the reserve home.

Boys and girls still go to separate schools in Qatar, and at least 70 girls schools exist in Qatar today.

In recognition of Amna’s contributions to education for girls (especially in the arts), the Msheireb Arts Center is now in the original building for her girls’ school.

Nada Zeldon is the only female rally car driver in the Arab world.  She has 6 little brothers and sisters and moved to Qatar when she was four when her family ran away from fighting in the Lebanese Civil War.  She is used to being the first to do things.

Nada was the first woman to compete in the archery competition at the Doha Asian Games in 2002 and competed again in 2006.

She was selected by Qatar to carry the Olympic torch on its way to London in 2012.

She is also a full-time emergency room nurse, a fashion model, and a mom of a little girl. Qatari food has strong Iranian and Indian influences, as well as influences from throughout Asia due to Qatar’s presence along many old spice trading routes. Qataris typically eat with their hands, using delicious bread to scoop their food.

Camel races are very traditional in Qatar, usually with children riding the camels.  Nowadays, though, having kids ride racing camels is not deemed safe so robots now race on the backs of camels.

You can make your own robot racing camels!

Qatar recently invested $30 billion USD in infrastructure projects. The style of the development is unique: check out the the Opera House, Fanar Qatar Cultural Center and Mosque, and the Museum of Islamic Art. 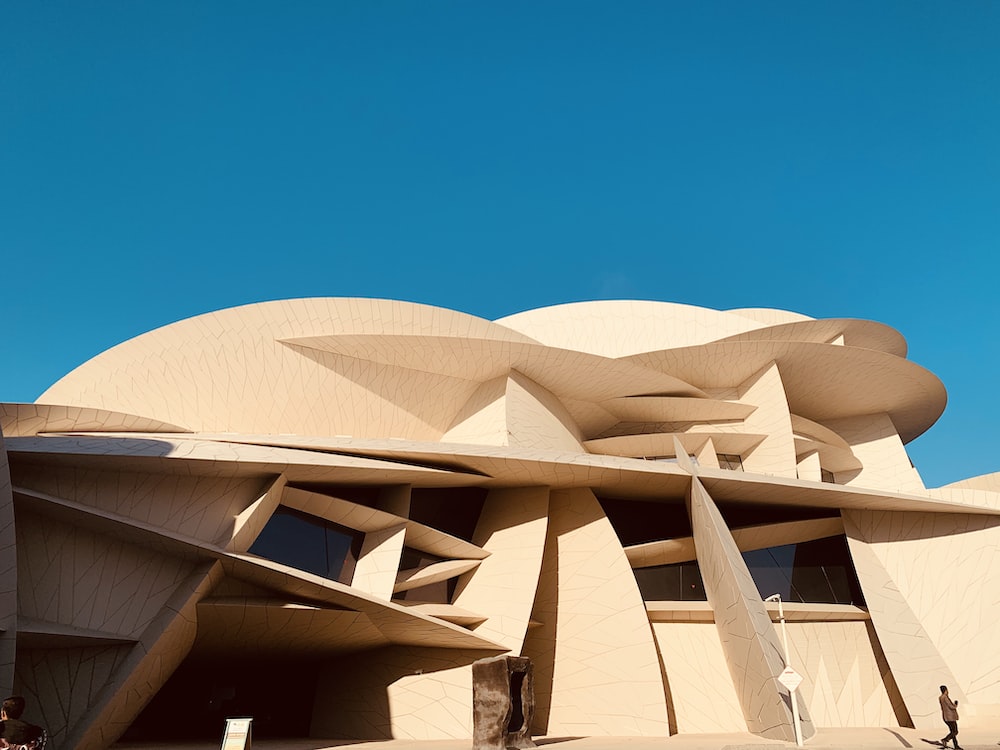 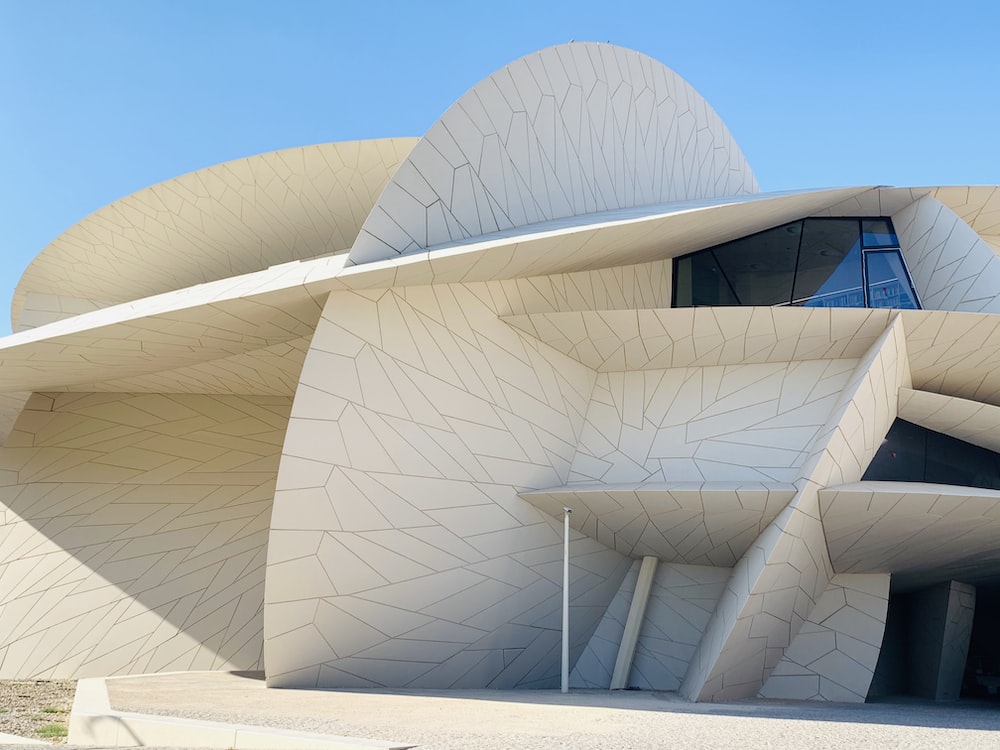 Qataris play soccer, handball and golf, but have a real passion for racing of all sorts: car racing, boat racing, even camel racing!

Plan a Trip to Qatar with Kids!

After having all this fun, consider planning a virtual or real trip. What sites or cities would you visit? What food would you eat? Here’s a list of 8 things to do with kids in Qatar. Free visas on arrival for 80+ countries make even a stopover much easier.

Thanks for Taking a Virtual Visit to Qatar With Us!

We’ve loved putting together this resource to virtually visit Qatar. We’d love to hear if you do any of these activities for a homeschooling Qatar unit, or if you visit in person!

We hope to inspire curiosity and connection through exploring and learning, and we hope this guide helps you and your families. Please share any activities you do with us over on our Instagram. And we’d be delighted if you passed this Qatar for kids virtual tour and homeschooling resource along to others, as well! 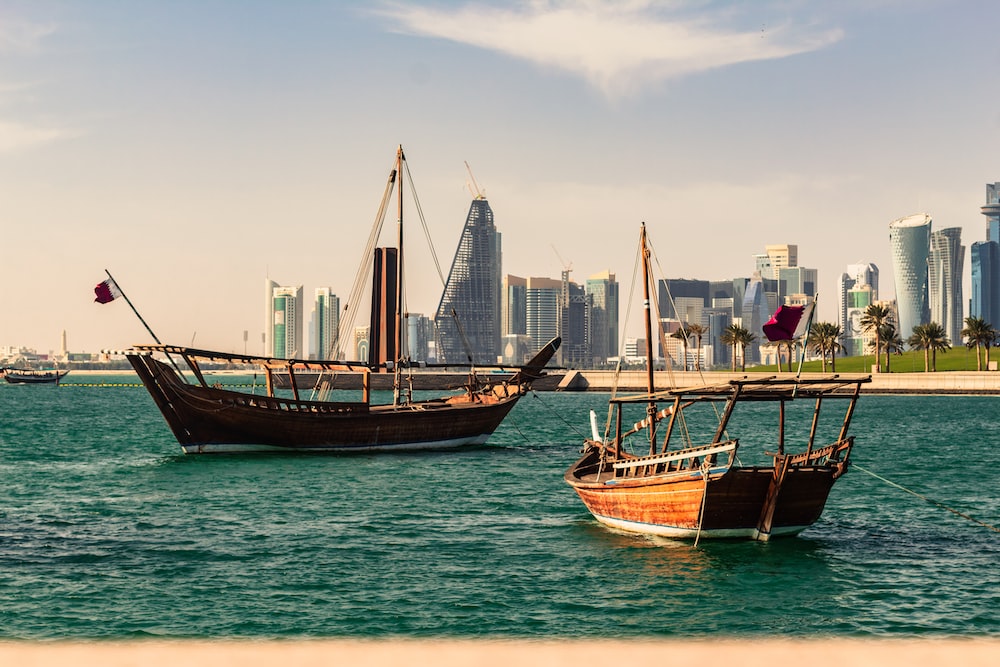 NOT READY FOR A QATAR HOMESCHOOLING UNIT QUITE YET? PIN THIS POST FOR LATER!